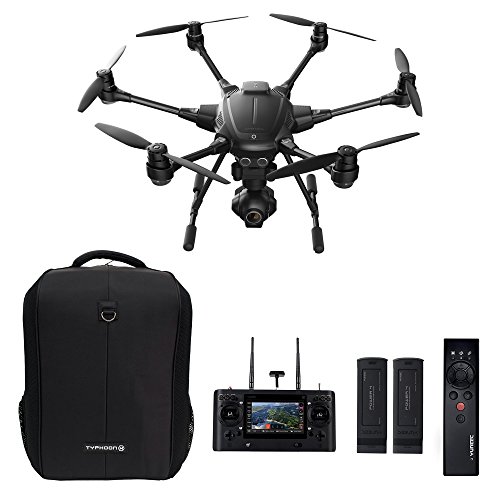 If you are into filmmaking or photographing, take a look at the Typhoon H from Yuneec. There are some major reasons why the Yuneec Typhoon H is perfect for you. First of all, the Typhoon H drone is a hexacopter. It means that it has six rotors, unlike most other drones that have just four rotors (quadcopters).

The typhoon H uses only just five of its six rotors to fly with, and the last one as a spare. That is in case something happens to any of the rotors while it is being used. In this way, the drone can fly back to its take-off point for repairs.

Secondly, the typhoon H camera is on another level. Its camera is placed on a 3 axis gimbal which enables it to move 360 degrees unlike other copters like the p4.  In addition to this, the landing gear has been designed to be able to pull back at the flip of a button.

So it does not disrupt the shots from the camera, and you get clear cut shots.

Disclaimer: Clicking on a product name link will bring to you to the appropriate Amazon.com (.co.uk, .de, etc.) product listing, where you can check the price, customer reviews and more information about the product or similar products. 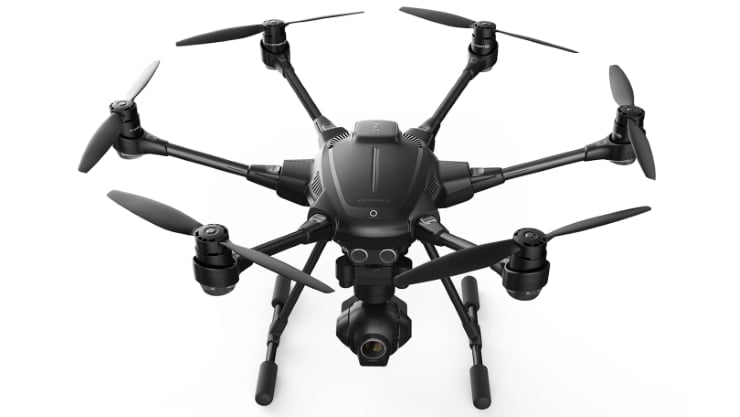 The Yuneec Typhoon H drone is also designed for autopilot flight modes. It has the ability to control its flight on its own. In this way, you can give more attention to controlling the camera. It also has other features like follow mode, orbit and a host of others which makes it outstanding.

The Typhoon H drone has its own remote control which has been devoted to it. It is called the ST16 ground station. This means that you don’t need to have a tablet or an android phone before you can fully enjoy using this device.

This remote control has a lot of capabilities. Apart from all the buttons on the remote which can be used for virtually everything you want, it still has an inbuilt 7-inch touch screen used for displaying information, watching live videos from the camera which has been mounted on the drone and also accessing other functions. Apart from the ST16, the drone can be connected to another controller.

This enables the user to split the functions of the remote. One of the controllers can be used to control the drone’s flight mode, while the other controls the camera on the drone. 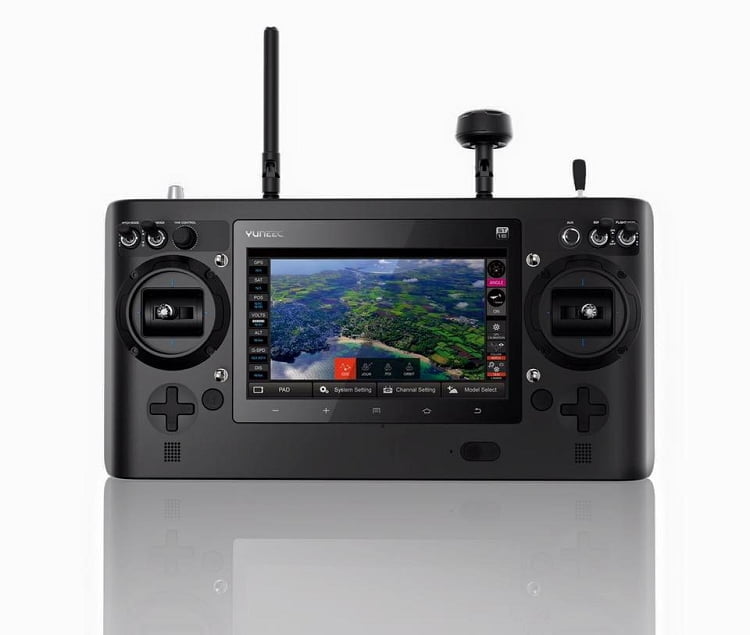 Other things about the Yuneec Typhoon H drone you would like to know includes;

This device is equipped with a 4s 14.8v, 5400mAh, 79.9Wh Li-Po battery. This gives the drone a flight time of about 25 minutes max when it is used in a simple flight mode. When the battery is completely drained it takes up to 2 hours for it to be fully charged. a

The typhoon H drone is quite tough and solid. Though it may not be the strongest of drones out there, it’s quite reliable and it would still be able to fly after a minor crash.

The Typhoon H’s camera is an updated version of the CGO3 that is usually found on the company’s Q500 4k. It has the ability to shoot videos in 4k at an average of 30 frames per second. It can also shoot videos in 1080p at 60 frames per second. This drone’s camera has a larger sensor, faster processor and a larger field range at about 115 degrees than other ones created before it. 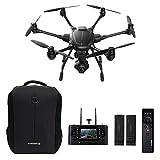 The manufacturers of this product have designed the typhoon H to be upgradeable. These upgrades may not be available at the moment, but once they are you can definitely upgrade the device.

Controlling and flying the Typhoon H drone is quite easy once you understand the functions of each button on the remote control. If you are an experienced UAV pilot this would be a cup of tea for you.

For the more beginner buyer, it would take a while to get used to it like any other thing in life. I mean, you’ll need some practice with the drone, before you get full control. Once you have a clear understanding, the drone is easy to control and very maneuverable.

In conclusion, I can confidently recommend the typhoon H drone for users and filmmakers. Its features have made it one of the best drone to fly. Generally, this hexacopter can compete with most of the other good drones out there.