For newly drone buyers, the question about a tricopter, quadcopter, hexacopter, and octocopter occur. What is a tricopter? What is a quadcopter? And so on. This article tries to answer some of these questions.

These four types of copters basically refers to which frame the drone has. It is mainly these four different type of frames that create the majority of drones in 2017 and 2018.

So, what is a tricopter? This question can be answered pretty simply: Tricopter, quadcopter, hexacopter, and octocopter are also frequently used to refer to 3-, 4-, 6- and 8-rotor helicopters, respectively.

So a tricopter has 3 rotors. A quadcopter has 4. Hexacopter has 6, and the octocopter has 8 rotors. Pretty simple, right? 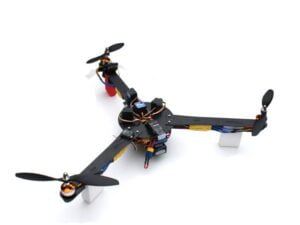 A tricopter has three vertical rotors. Technology-wise, the tricopter is arguably the least complicated version of these four models. The functions are simple, and in most cases, a tricopter is primarily used to fly with, only, which attracts hobbyist and younger kids.

Prices can vary a lot considering different models, but in most cases, it shouldn’t be hard to find a very cheap one. They are also easy to build, and the opportunity to build and repair a tricopter by yourself can even make it cheaper.

Pros
Tricopters are usually designed to be easy to build and repair and can be bought cheaply.

Cons
It depends on the quality and price of the product, but in most cases, the materials that are used to build a tricopter are not of impressive quality. This means shorter working life, and a bigger risk in terms of damage. 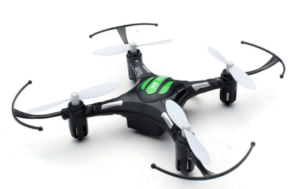 They are very flexible in terms of having the right material quality and being used in different scenarios e.g. for photographing, filming and other activities.

Pros
Because of the four rotors, the quadcopter has more lifting power than e.g. the tricopter or a helicopter of the same size. Quadcopters are very maneuverable and can easily hover and fly in any direction.

Cons
The quadcopter has less power than it’s two competitors: the hexacopter and octocopter. This means that the quadcopter does not have as much lifting power as the latter two crafts. 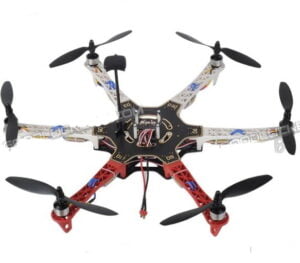 Add two extra rotors to the quadcopter and you’ll have a hexacopter. The rotors are arranged in a circular shape above the main body of the hexacopter. This body often carries a camera and features two legs shaped like skis. These skis allow the device to be stable when it lands. If you want to take amazing pictures with high-cost cameras?

Pros
More lifting power than the quadcopter and tricopter. More stable and flexible. Secures a good landing and protects the camera. If one propeller blade fails, the other five can still keep it flying.

Cons
More pros also mean a more expansive drone. The rotors of the hexacopter are larger and more complicated than e.g. the quadcopter, meaning that they are more expensive to repair if they are damaged too. 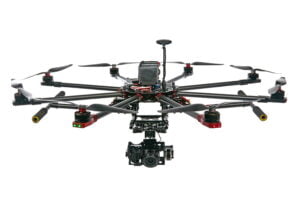 This flying craft has more rotors than the hexacopter. The octocopter has eight functioning propellers. The result of this is that the drone has a better flying capability than all the previous drones mentioned. The octocopter combines the flying speed, maneuverability and uplift power of quadcopters and hexacopters.

The flying motions and stability in the air are also big factors that the octocopter brings into consideration, and as a result, they are capable of recording stable, high-quality footage from any altitude. It is without a doubt the more complicated and advanced drone compared to the tricopter, quadcopter, and hexacopter.

Pros
Octocopters are very fast. The eight spinning propellers give the craft great uplift power and acceleration. The octocopter can fly right through the rain and strong winds. It has the advantage that if it loses two, three or maybe four motors (propellers), it can still manage to fly effectively. The craft can also manage to carry heavy payloads e.g. bigger cameras and extra batteries. It can be used to transport materials from one place to another.

Cons
The octocopter is large. It is also without a doubt the more expansive drone compared to the previous three mentioned. If some part gets broken, it is expensive to rebuild or replace. It consumes a lot of power which means that it in most cases has lower flying time. They require extra batteries and frequent charging.

We hope that you learned a little more about the different drone/copters. A great way to remember the differences between these four types is to remember how many propellers/rotors each has. As earlier mentioned: the tricopter has three, the quadcopter has four, hexacopter has six, and the octocopter has eight.

If you’re considering buying a drone make sure to read our article about things to consider before buying one.