When considering specifications involving each drone, there is a lot to consider. It is difficult to completely decide which drone will fit best with each person due to the number of features provided. This post is for informational purposes only, so you know what to look for when choosing what drone best suits you.

Drones come in various sizes. They range from the size of your two fingers to the size of a mini-car. The sizing of a drone represents the drone in terms of what type it is and what it will be able to be used for.

There is a popular saying that “Bigger is always better”, but is it really? Just like any other technology, larger drones generally offer better execution such as higher speed, higher stabilization, better range and ultimately greater power. Usually, the bigger the drones are, the higher are their capabilities, but it doesn’t necessarily mean that they have fewer functions.

Although the larger drones bring those extra frills, they don’t come cheaply. Also, you’ll have to consider the size when buying drones in term of transport of them. Bigger drones are not as easy to transport as the smaller ones are.

However, another question you will have to ask yourself before buying a drone is how experienced do you consider yourself. Larger drones are often much harder to learn and control than smaller ones. With that being said, this does not mean that if you buy the Phantom 4 Professional, you wouldn’t be able to control or use the drone, but it certainly is easier to start off with a smaller model and work your way up to the level of e.g. the Phantom 4.

The most widely used frame shape is the  X-shape frame, as you most often see in drones with four rotors. The classic x-form is the most popular with a good reason too. It does not block the sight if you place a camera in the middle. It has the least problematic deign and make balancing easier.

There are several different types of drone frames. Some create better balance, some allow larger propellers, etc. Some of these are given below. 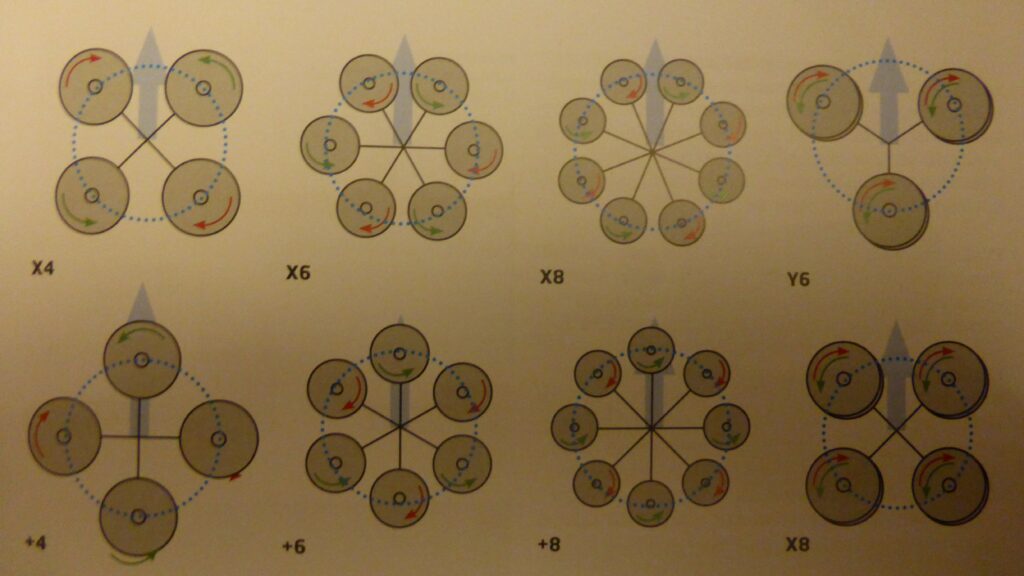 The flight time of a drone is the period of time the aircraft can stay in the air on a single battery charge. There is a lot of factors that play part in the role of the flight time e.g. weight, batteries and what the drone is specifically being used for. For a consumer that is utilizing the drone as a hobby, for example, flying it inside, the flight time does not tend to be as important of a factor for them.

While someone who wants to capture aerial footage and record longer videos, flight time is one of the main focuses when considering which drone they would like to purchase.

Typically flight time is one of the larger concerns for users. Companies emphasize and spend a lot of resources to constantly develop the flight time of drones, but it is still an increasing issue. Today, if you are considering on purchasing a high-quality drone, you’ll be lucky if it can hold itself in the air for 30 minutes. 30 minutes is a large flight time in the drone world.

It is always important to keep in mind that each drone will vary in flight time, depending on the drone you choose to invest in.

Battery technology based on Lithium-Ion Polymer (Li-Po) has made it possible to create many new types of drones. The batteries are compact, relatively lightweight and able to contain surprisingly much energy. You should know a bit about batteries before you start using them.

In connection to flight time, another important element is the charging time, which is typically desired to be as low as possible.  The charging time of a drone can reach anywhere from 30 minutes to 2 hours.

The motors for drones must be very powerful since they must be able to supply about 8000 rpm and a quick change of speed. Since most copters consist of four rotors, there is no redundancy. The engines must be able to stay in the air, so it is important that they are reliable.

Choosing the right engine is only part of the equation. You must also select which propellers the engines have to drive, so you know how much lift is being created. Propellers are sold in all kinds of materials, each of which affects their efficiency – the most important parameters are the size and angle.

The greater the range the drone is given, the farther it is able to travel. The range will usually be between 50-200 meters. Professional drones tend to span for several miles. With a longer span, there are greater opportunities for the drone.

Drones that have a price tag around $100-$500, will not span for more than a couple of hundred meters.

You must look at whether the drone has a camera or not. If there is a camera present, you should assess the camera’s resolution. The higher the resolution the better.

Although in some cases, it may be a better advantage to purchase a drone without the camera and apply a high-performance camera on it yourself e.g. GoPro. Most drones are equipped with a camera, and it really adds something more to the whole ‘drone experience’. With a camera, you can capture the greatest moments and use the footage to create videos or slideshows.

Lower resolution cameras are typically used to save space and weight. The best drones, pricing above $1000 are often used for cinematography.

Sensors are typically found on the more expensive drones. Sensors like GPS allow broader functions. Some drones like the Phantom 4 Professional, come with different sets of sensors.

These sensors have functions that allow the drone to avoid obstacles and much more. Read more about the new Phantom 4 Professional from DJI in our review of the quadcopter here.

The stability of a drone is very important. For example, if the operator of the drone would like to take a quality picture of something outdoors, the operator will need to have a stable drone that will not be affected by small winds or interferences.

With more stability, the drone will have better control and less risk of damage from bad weather conditions.

Another thing to consider is the remote control in which the drones (most drones) are controlled. They come with different shapes and functions and one might be easier to learn than another.