The Holy Stone F181 quadcopter has a numerous of functions. The drone is equipped with a key return and headless security system to prevent the user from losing his/her drone. It has great maneuverability. It is able to execute four-way flips and make 360 degree turns in all directions. The four-way flip function allows the drone to roll continuously and execute actions with perfection.

F181 has an excellent stability which is due to the 4CH Six Axis Gyro system. At barely 400g of weight, you should expect the F181 to be a slightly unstable in bad conditions such as wind and rain, but you’ll be surprised over the stability considering the price class and material used. It can resist winds at up to 10 mph and the solid structure keeps it steady against powerful winds. Another factor that you come to realize after spending some time with this drone, is its durability. People who have flown the Holy Stone have had particularly positive reviews, considering the durability of the drone. Even though the drone is cheaper in price, and constructed with more low-quality materials, it is still considered pretty durable and difficult to break. For its size, the Holy Stone F181 is very strong and robust. This can be confirmed with many of the customer satisfaction reviews.

The F181 is also easy to fly, which has been endorsed on in its customer reviews. With this drone, kids at 10 years old and up, will even be able to control it, due to its simplicity. The official range of the Holy Stone F181 drone is at approximately 100 meters.

For a relative cheap drone, Holy Stone F181 is actually able to give the consumers a real drone experience. It comes with two 3.7 V, 750 mAh batteries which make the drone quite powerful and it can stay in the air for relatively long periods of time compared to its competitors. The F181 is also reasonably fast in terms of recharging. After about 80 minutes, the quadcopter will be fully charged and ready to go.

The Holy Stone F181 comes with a 720p, 2-megapixel camera, allowing you to take high-quality images. The quadcopter also follows a cylon ion LED headlamp, which is excellent for orientation outside or in the dark. The flashing red and blue lights make it spectacular sight at night, and cannot go unseen. Overall, the Holy Stone F181 is very affordable and gives you great quality and value for your money.

So with all the mentionings above, it’s a no surprise that the Holy Stone is one of the best sellers around. It is a compact drone suitable for the average drone pilot.

Note: Watch and read customer reviews on Amazon through the link below.

Summary This is a great quadcopter to learn on. I highly recommend this quad for people wanting to get into the drone hobby, or wanting to learn before getting a high dollar drone. This has a decent camera for a toy quad and you can practice getting shots very easily. It is a very stable quad too, so learning the basics is nice and easy on the F181. The Range and flight time are good considering the pricing. Although they can vary in different conditions. Considering drones under 100 USD, this one is one of the more "expensive" drones close the the 100 USD, but i comes with nice features and will definitely give you a great experience. Note: The rating is based on comparison with other drones in the same price category, drones under 100 USD. 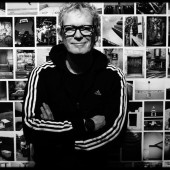